Do you want to see not only the mother of all parliament’s (and a big bell) but two of the world’s most famous cathedrals, a graffiti tunnel, a film set, street market, original bomb shelter, as well as learning where the term “Down Under” came from? Yes?? Well this is the walk for you so get your walking shoes on.!

Are you ready? Well let’s begin: Start at Westminster tube station and pretend that you’ve stepped out into the future – this is one of the best stations on the London underground..

Leave the station via Exit 3 and then look up – here he is, it’s Big Ben! Obviously though we all know that it’s the bell in the recently re-named Elizabeth Tower that is called Big Ben and not the clock itself. I know, I didn’t even need to mention it..

Ok, move towards the square to say hello to Sir Winston Churchill and then, if needed, join the queue next to the red telephone box and take what must be London’t most photographed scene..

Once you have your super unique pic then head over to the Westminster Arms for the first pit stop – this pub has a bell which rings to tell the alcoholic MP’s to return back to the Houses of Parliament to vote (presumably on laws such as not drinking alcohol during work hours..?!)

After that it’s onto what Joey from Friends calls ‘Westminster Crabby’ – he’s hilarious! In fact this is an abby under the direct rule of Queen Lizzie 2 and all subsequent monarchs. It’s also where the London district Westminster’s name comes from being literally the church West of the City of London…which is where you’re going to end up..

Head through the Abby’s courtyard and onto some rather smashing streets with markings for an old WW2 air raid shelters.. 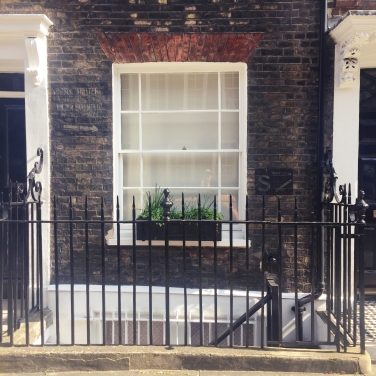 Go onto St John’s Park where you can grab a snack in the very rarely found Pret A Manger, then look right up Vincent street to see some rather cool chequered buildings – these were early social housing blocks but don’t even think about it, you won’t be able to afford them now.

Ok, if you’re a Londoner stop thinking about cheap housing, it’ll only make you depressed and for visitors, cheap + London + housing does not exist. Instead let’s cheer ourselves up by looking at some shrapnel damage on the side of Tate Britain:

Tate Britain used to be a prison that held inmates that were ofter sent to Australia (yeah, it still makes no sense). Before the embankment was extended to where it is now, this building used to sit on the edge of the Thames and inmates bound for Oz had to go down the steps and then under a bridge to get onto the boat. This got shortened to ‘Down Under’, and thus became the origin for referring to Australia. I love this fact. 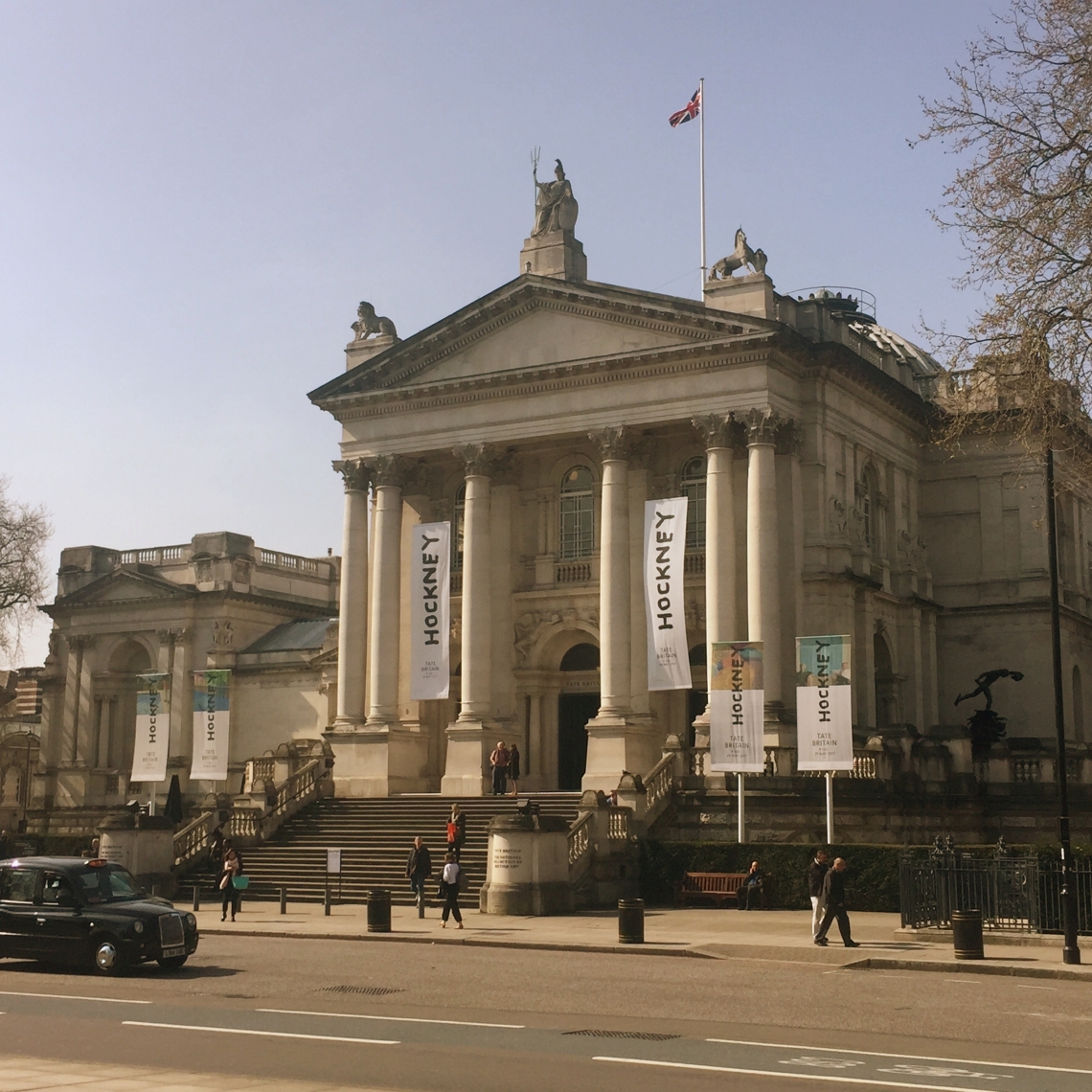 Onwards now, past MI5, home to Britain’s Secret Service and where Judy Dench lived before she got killed in Scotland. 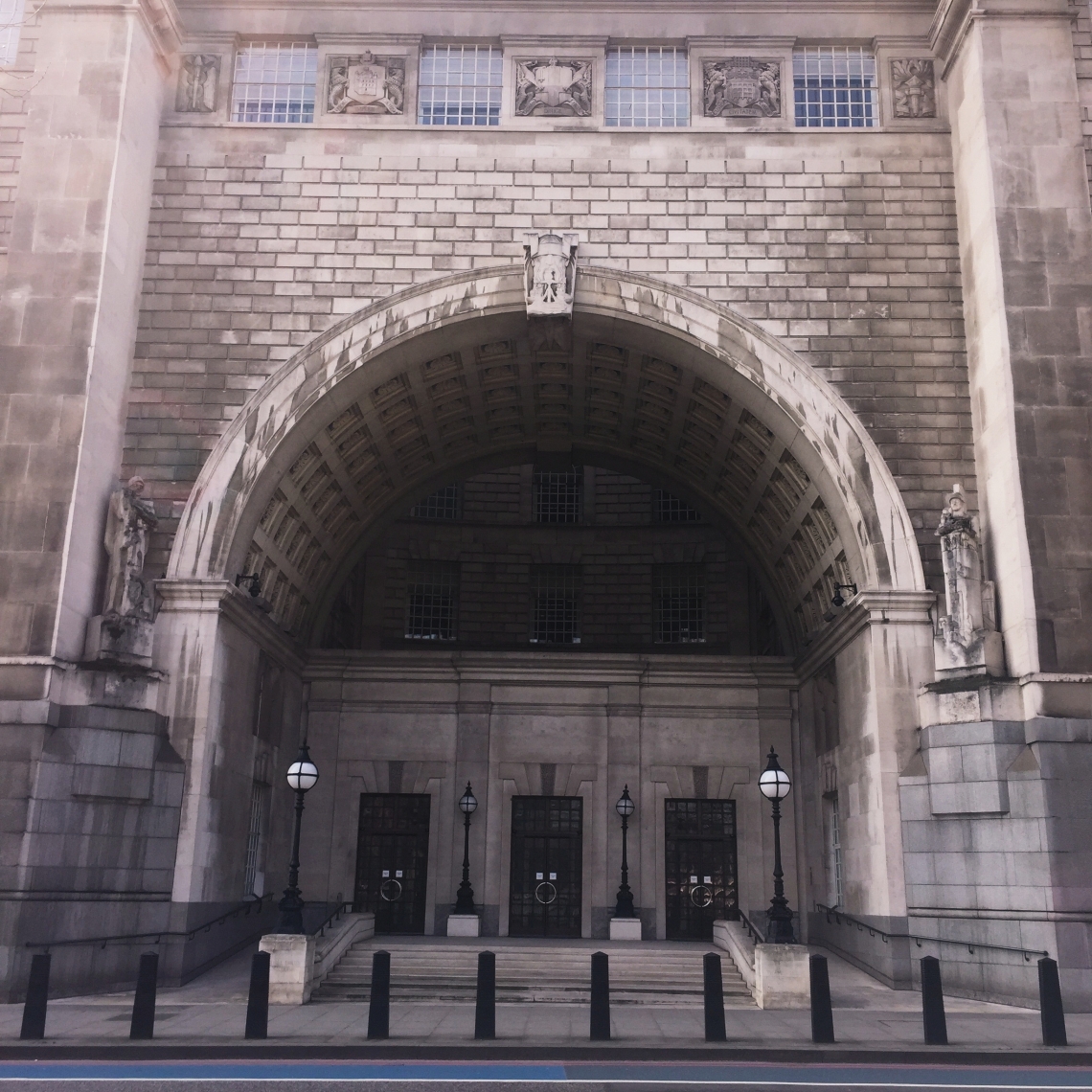 And then over Lambeth Bridge – this bridge helps you know which side in The Houses of Parliament the House of Lords chamber is and where the House of Commons chamber is. Lambeth bridge is painted red (bottom of pic) and Westminster is green (bridge next to Big Ben). House of commons has green seats and is situated next to Westminster Bridge and the Lords have fancy red seats which just so happens to be on the same side a Lambeth bridge – easy.

Right, over the bridge to enter the Borough of Lambeth and home to Lambeth Palace where The Archbishop of Canterbury, leader of the Church of England, resides. Although it’s a palace, he’s not a royal but he does wear a big hat.

Head down the Embankment to see the fat fish lights and past the classic ‘This is London’ news reporter shot..

And onto the beginning of the South Bank marked by Azlan the Lion from then Chronicles of Nania. Or, it might be a lion that used to be on top of the Lion Brewery that was pulled down to make way for the Royal Festival Hall. 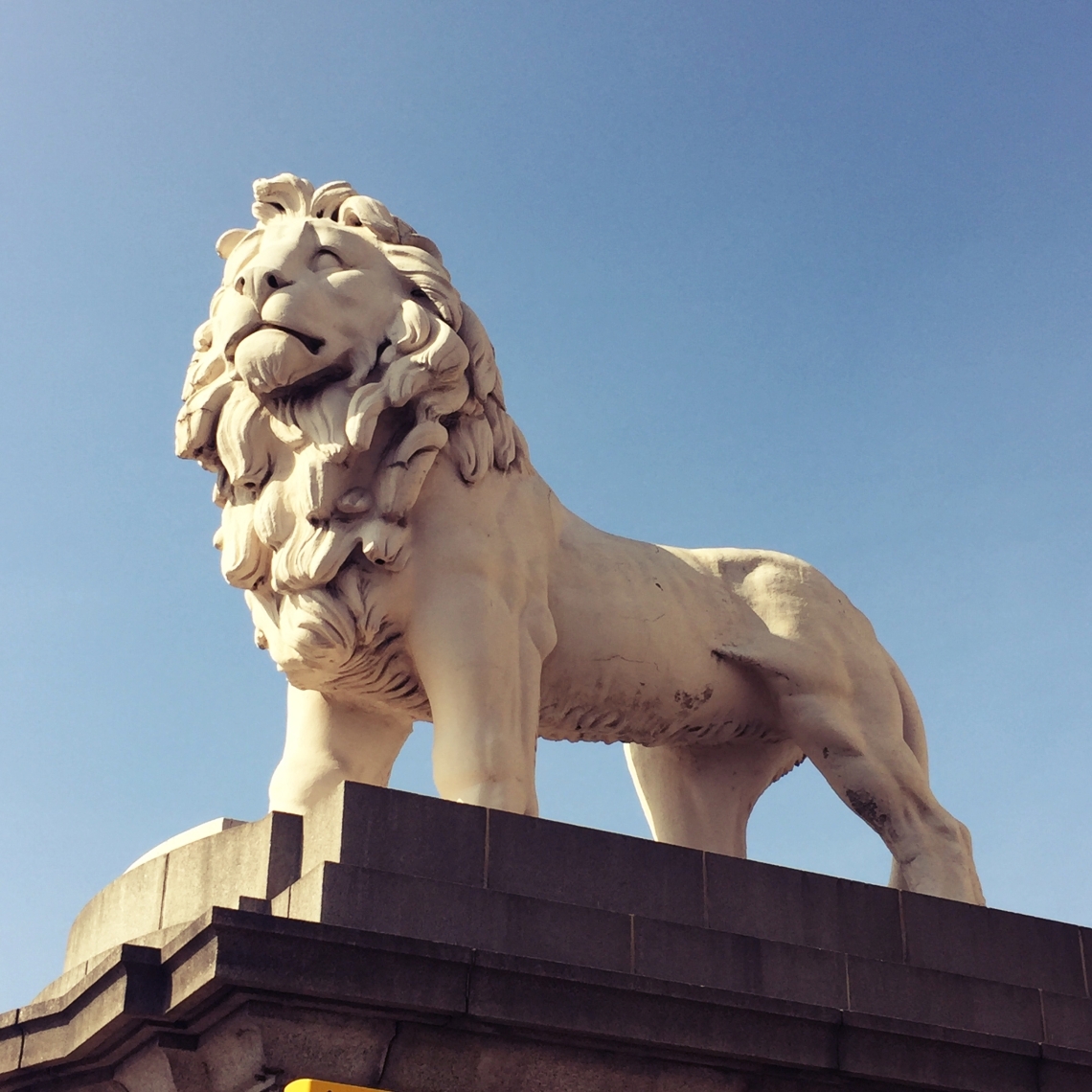 Now, we’re not going onto the Southbank – that’s worth doing separately, but instead we’re going behind it through Britain’s only legal place to graffiti.

Go to the end of Lower Marsh and cross diagonally when you see The Old Vic theatre and then step back in time onto one of the streets used in the BBC’s Call the Midwife series (guilty pleasure anyone?!). If you fancy another drink then stop by The Kings Arms for a proper old school style London boozer. 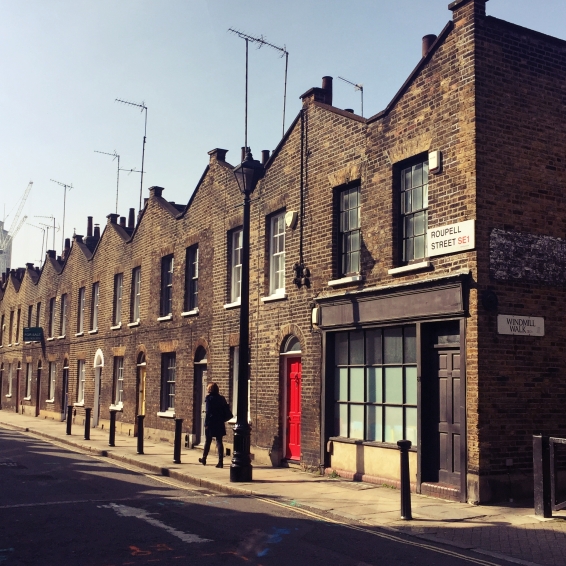 Ok, onto The Cut now, and if you haven’t eaten already then definitely pop into The Anchor and Hope, one of the fist ‘Gastro-pubs’ in London and still one of the best. If you can’t get a table (you’re not allowed to book) then go a couple of doors down for another great option in The Young Vic.

After that head to the bottom of The Cut to The Ring pub to see a rather helpful sign pointing out where the first boxing match took place. Then turn around and see the building that occupies that site now – that rather strange table looking home of TFL.

This is also home to a ‘blink and you’ll miss it’ monument to Charles Dickens who used to walk this way home..fascinating.

Up for some culture now (but not too much) by heading to Tate Modern – the large orange street lights are there to guide you.. 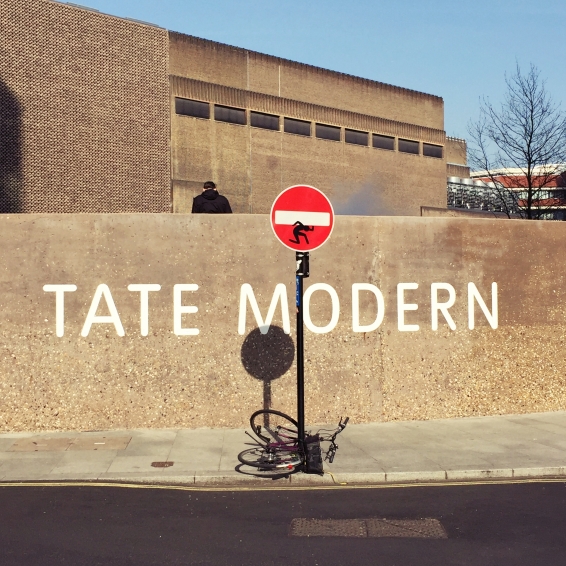 Go through the turbine hall if you want a quick taste of the gallery and then head straight up to the bar at the top for fabulous views and a little breather – you’ve done really well and so deserve it! 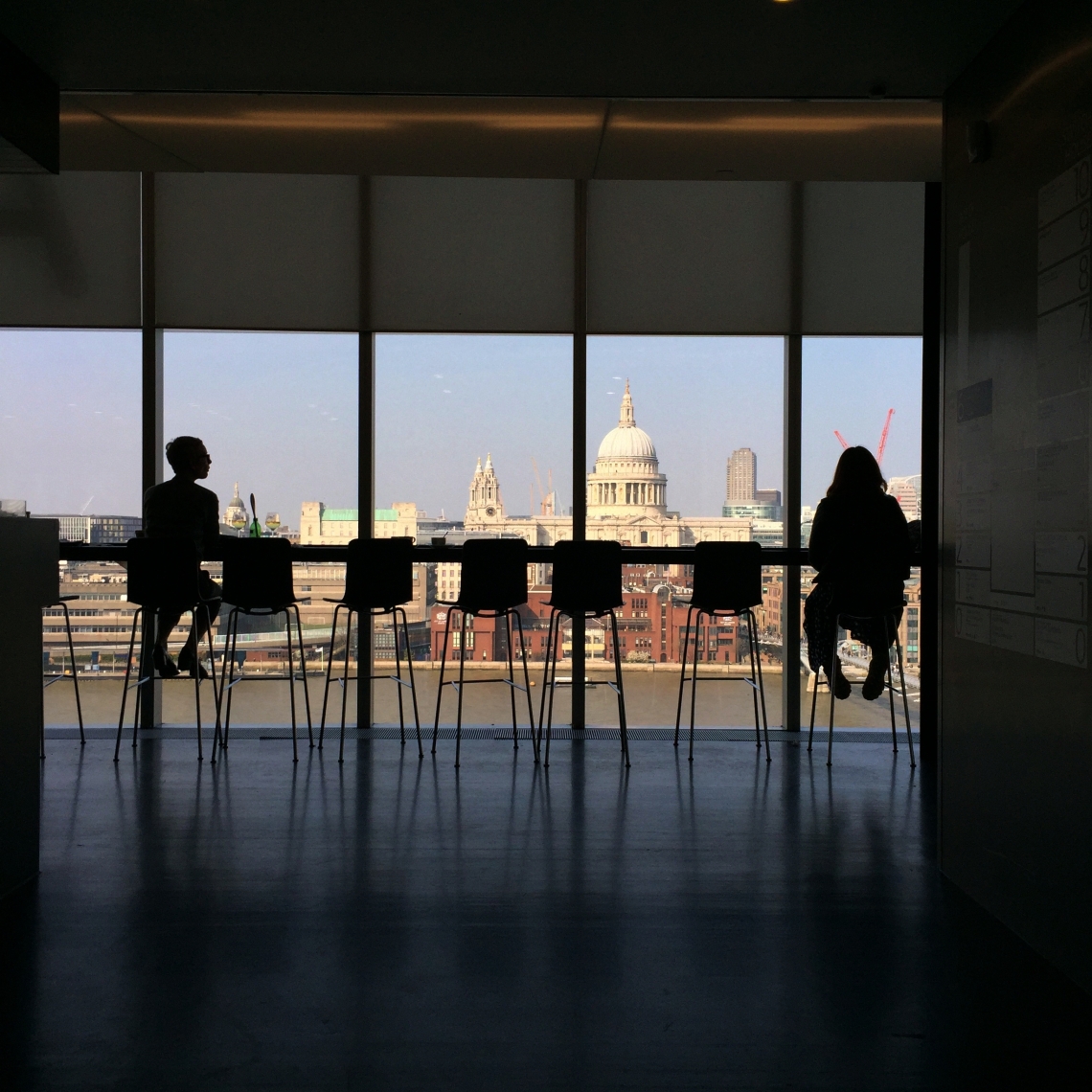 The end is in sight – in fact it’s just over what was a very wobbly bridge when it was first opened in 2000 before it was promptly closed 2 days later before opening again 2 years later…embarrassing.

At the end of the bridge you’ll see two weird looking tin men – these are actually the gates to The City of London (a sort of state within London – the Queen has to ask to come in!). You can’t actually get into the City without going through some sort of gate and these are the latests and strangest addition.

So St Paul’s Cathedral – Christopher Wren’s iconic master piece was where Diana and Charles got married and Lord Nelson had his funeral. It’s also where that homeless woman fed those birds in Mary Poppins.

Now onto the most exciting part of the walk – it’s only where that programme is filmed with those single people who are put together by that French waiter… You know the one – blind date.

Sorry, I meant Channel 4’s First Date. Ok, that’s it – you made it! You may have had a few too many pit stops and feel a little disoriented so what better way to get home that the tube. Goodnight 🙂

View all posts by thehipstertrail